Warning: "continue" targeting switch is equivalent to "break". Did you mean to use "continue 2"? in /home/public/wp-includes/pomo/plural-forms.php on line 210
 Wilmette Residents Back Higher Minimum Wage and Paid Sick Leave – Wilmette Justice Team 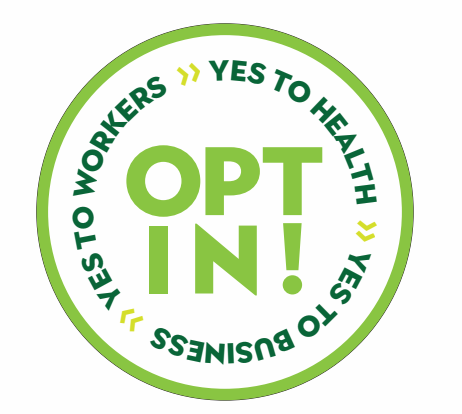 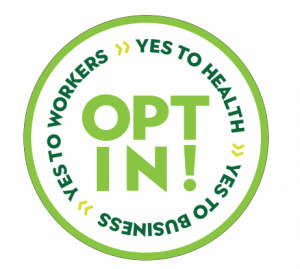 Wilmette, Ill. – Residents will hold a rally and news conference 6:30 p.m. Tuesday in front of Wilmette Village Hall to encourage their Board of Trustees to reflect the will of a large majority of Wilmette voters who support a higher minimum wage and paid sick leave for workers.

The news conference will feature workers, business owners and community health experts. The Wilmette campaign is part of an ongoing struggle to get more suburbs to comply with Cook County’s minimum wage and sick leave laws.

“Whether it be through a phone survey or actually voting for the referendum, the overwhelming majority of Wilmette residents consistently say the same thing – we support a living wage and paid sick leave for the folks who work in Wilmette,” said Michael Cabonargi, a Cook County Board of Review commissioner and Wilmette resident.

The survey results are part of a 436-page final report prepared by The Working Group on Minimum Wage and Paid Sick Leave. Former Village President John Jacoby chaired the group of seven residents and business owners appointed by the Village Board in December to study the issue.

Following Tuesday evening’s rally, the trustees will meet at 7 p.m. at Wilmette Village Hall, 1200 Wilmette Ave., to discuss the findings of the Working Group report and decide whether to vote on the minimum wage and paid sick leave ordinances.

“The taxpayers of Wilmette are subsidizing the cost of these low wages,” said Gail Schnitzer Eisenberg, a New Trier Township trustee and Wilmette resident. “Minimum wage workers are unable to earn a living wage in our area and are eligible to receive food and financial support from New Trier Township to cover living expenses for themselves and their families. In fact, approximately half of New Trier Township’s registered pantry clients are working but unable to make ends meet. The Township’s Food Pantry currently serves more than 100 Wilmette residents.”

The Cook County Board voted in 2016 to raise the minimum wage to $10 an hour starting last July. Under the county law, the minimum wage goes up $1 each year until it reaches $13 in 2020 after which it is indexed for inflation. Workers under age 18, seasonal employees, independent contractors, government employees and people in training program are exempt from the law.

The Cook County sick leave ordinance allows workers to earn one hour of sick leave for every 40 hours worked to a maximum of 40 hours per year. Businesses that already offer the equivalent number of hours in paid time off don’t need to offer the sick leave.

“Rational sick leave policies which do not punish employees for their own or a dependent’s illness protect all of us,” said Dr. Shoshana Elkin Waskow, a physician with a practice in Wilmette. “When employees work due to financial considerations despite being ill, they expose their coworkers and customers to that illness. As an individual who frequents Wilmette businesses and as a physician, I am concerned that lack of paid time off for illness puts our community’s health at risk.”

Wilmette trustees voted 6-1 last June not to follow the Cook County minimum wage law and 5-2 not to follow the sick leave ordinance. At the time, trustees said they wanted to study the issue further before deciding, which is why they appointed the Working Group.

If the trustees vote for the Cook County laws, Wilmette would be joining its neighbors Evanston, Skokie, Winnetka, Kenilworth and Glencoe, which are already complying with them. Last month, residents in Western Springs persuaded their village board, which had previously voted to opt out of the laws, to approve the higher minimum wage and sick leave. Northbrook residents are encouraging their Village Board to do the same.

In addition to the survey results, the Working Group report includes information on workers in Wilmette, data on what a living wage consists of in Cook County, a survey of business owners and studies by economists.

The report also shows that Chicago, which passed similar minimum wage and paid sick leave laws in 2014, enjoyed higher job growth last year than nearby suburbs that opted out of the Cook County ordinances.

“I commend Wilmette’s Living Wage and Paid Sick Leave task force for all their hard and thoughtful work and for producing a final report that is a useful tool for the Village Board,” Cabonargi said.