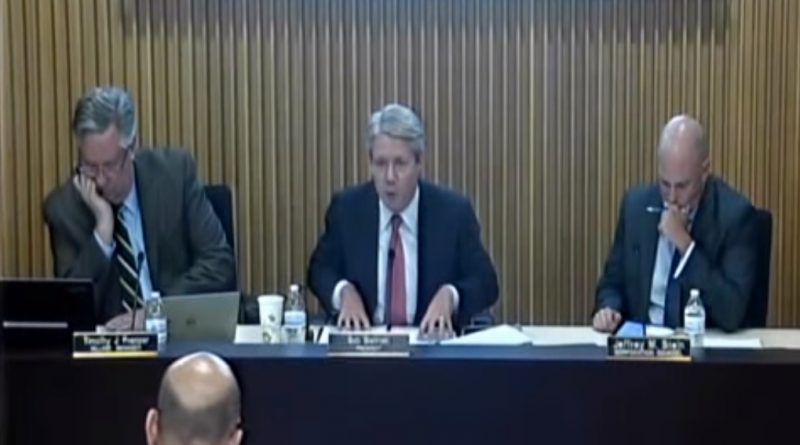 Wilmette President Bob Bielinski maligned and yelled at one of our members who was speaking up as a Wilmette resident at the September 27, 2017 Village Board Meeting. We would like to respond and to set the record straight.

False.  We want to support Wilmette’s businesses, the vast majority of whom pay over $10 per hour according to our Chamber of Commerce. No member of our team has ever called for a boycott of any kind.  We believe in a thriving and fair business community and believe that paying fair wages are an integral part.

President Bielinski said, “This is a campaign of harassment, that’s what it is. It’s shameful.”

False. We are reaching out to local businesses who pay more than $10/hr offering to voluntarily promote their business to show they’re doing the right thing. We are proud to offer this distinction to the broad base of business owners in Wilmette.  Please read the email for yourself that President Bielinski read aloud.

President Bielinski said, “You just said you were going to do nothing with the honor roll.”

False. Please review the video; no such statement was made. We in fact explain to business owners that we’ll wait until we’ve reached 25 members sign up for the honor roll in order to make sure they aren’t standing alone.

Not entirely true. The Cook County ordinance sets the minimum wage to $10/hr until July of 2018. The Village Board voted on June 27 to opt out of the ordinance, set to take effect four days later, thus depriving low-wage workers of the $10/hr minimum and going against 70% of Wilmette voters who indicated their support for $10, back in 2015. Our signs, petitions, flyers, and messages direct people to the Wilmette Justice Team website, where we answer frequently asked questions about the minimum wage and paid sick leave, including the fact that the Cook County ordinance eventually raises the minimum wage to $13 an hour in 2020.

Our member asked, “Has this ever happened in the history of Wilmette, that a sitting president attacked a resident like this?” President Bielinski responded, “You’ve only lived here for a year and a half, sir.  What I haven’t seen is people pulling national-style politics full of lies and misleading comments.”

Unfair.  To personally attack one of our members for being a relatively new Wilmette resident is unneighborly and uncalled for.  Our members have lived in Wilmette for a total of at least 350 years.

“As you may be aware, the Cook County Board voted in 2016 to raise the minimum wage in the county to $10 an hour starting in June. The County Board also voted to give employees up to 5 days of paid sick leave per year, prorated based on the number of hours worked. But the Wilmette Village Board voted in June to opt out of the Cook County ordinances.

We know many Wilmette businesses already pay their eligible workers at least $10 an hour and offer paid sick leave or the equivalent in paid time off. To thank them, we are creating a Fair Employer Honor Roll of local businesses. We will publicize this Honor Roll to the community and encourage the public to support these businesses.

We are accepting registrations for the Fair Employer Honor Roll of employers who are voluntarily giving eligible employees a $10/hr minimum wage and earned sick leave or paid time off. If you need help determining who is an eligible employee or if you’d like more details on the ordinances, you can visit these answers to FAQs. (For instance, workers under 18 and training programs are exempted from the minimum wage laws.)

When we have reached 25 Wilmette businesses on the Fair Employer Honor Roll, we will promote the list, keeping the 25 early adopters highlighted at the top as a token of appreciation for leading the way.